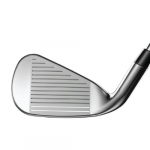 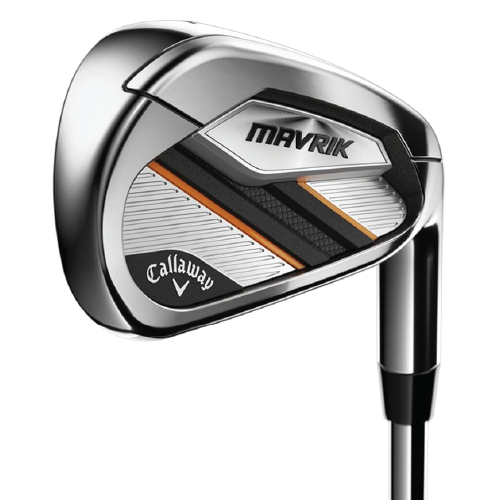 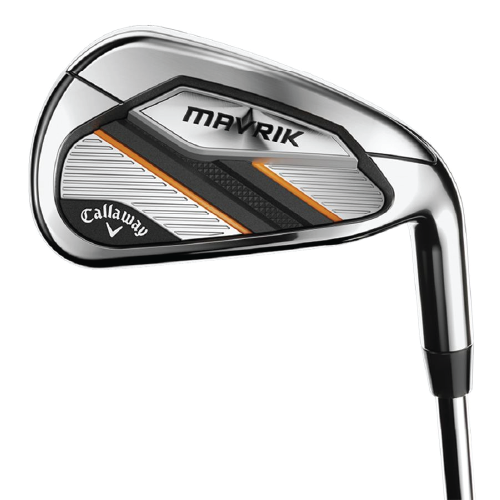 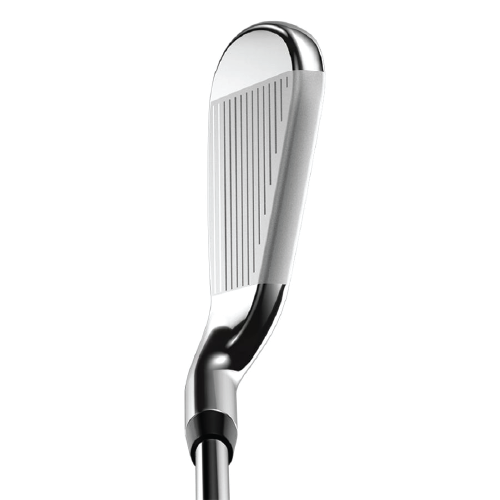 Forgiveness, feel and speed from another dimension – Callaway’s new Mavrik features Artificial Intelligence and supercomputing for the first time in an iron, linking with the legendary Cup Face technology to create an iron unmatched by others.

Targeting a broad spectrum of players, Mavrik is a gamechanger for iron technology. The innovative A.I. Supercomputer generated Flash Face as seen in Epic Flash has now come to supercharge Callaway’s irons, creating sophisticated waves behind every clubface for extreme ball speeds and increased spin robustness. This stars alongside Callaway’s industry-leading 360 Cup Face that flexes and releases at impact across the entire face for unbeatable forgiveness even on your worst strikes.

At the heart of Mavrik sits a newly developed tungsten energy core. This technology inserts purposely crafted tungsten weights throughout the head to provide a powerful feeling at impact with optimised launch and spin rates. This allows the lofts of each iron to be strengthened for extra distance without compromising trajectory control and landing angles.

Callaway has also included their proprietary urethane microspheres – a premium technology developed to provide the purest feel and an incredible sensation at impact. Over 1 million have been loaded into every clubhead throughout the set, which absorbs any unwanted vibrations and maximise COR even on off-centre strikes.

Menu
Menu
Signup to our Newsletter for 10% off your first online order! - T&C's apply.
Menu
Colgan Sports © 2022 – All Rights Reserved – Web Design by 2cubed.ie
This website uses cookies to improve your experience. We'll assume you're ok with this, but you can opt-out if you wish.AcceptReject Read More
Privacy & Cookies Policy

This website uses cookies to improve your experience while you navigate through the website. Out of these cookies, the cookies that are categorized as necessary are stored on your browser as they are essential for the working of basic functionalities of the website. We also use third-party cookies that help us analyze and understand how you use this website. These cookies will be stored in your browser only with your consent. You also have the option to opt-out of these cookies. But opting out of some of these cookies may have an effect on your browsing experience.
Necessary Always Enabled
Necessary cookies are absolutely essential for the website to function properly. This category only includes cookies that ensures basic functionalities and security features of the website. These cookies do not store any personal information.
Non-necessary
Any cookies that may not be particularly necessary for the website to function and is used specifically to collect user personal data via analytics, ads, other embedded contents are termed as non-necessary cookies. It is mandatory to procure user consent prior to running these cookies on your website.
SAVE & ACCEPT